Accessories » Books » About Smoke: An Encyclopaedia of Smoking

Books: About Smoke: An Encyclopaedia of Smoking

A special-edition release for the 90th Anniversary of the original volume's printing, the 5th edition of About Smoke is the ultimate smoker's catalog from the most famous pipe smoker's address: 30 Duke Street, London. Never again will such a story of merchandise be told as in this 190-page book of pipes, tobacco, cigars, and smoker's requisites. A masterpiece defining the great age of pipe smoking.

Featuring a special introduction from longtime Dunhill collector and pipe scholar Richard Esserman, this special anniversary edition is certain to make for a treasured edition to the aficionado's library. 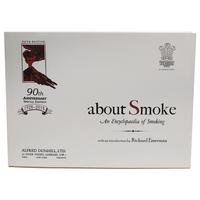 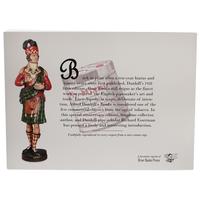 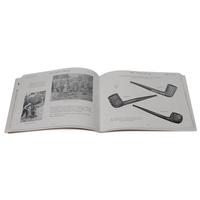 Customer Reviews (1 Total)
Write A Review
Write a review
Overall Rating:
4.50 out of 5 stars
Dunhill Pipes, nice edition
By: ***Silent Owl Speaks***
Product: Books About Smoke: An Encyclopaedia of Smoking
A nice edition to the library that contains just about everything you could possible want to read. This edition, is well presented and thoughtfully composed to give everyone, regardless of your knowledge about pipes, a very good understanding about ... Read More the history of Dunhill, then and now. I would truly recommend this edition to anyone, regardless if they are interested in pipes or not. It is a true treasure and fair price for what is offered, thank you Read Less