With an insert which encases the flame in metal, allowing it to be drawn directly into the pipe without charring the rim, the Zippo pipe lighter is specifically designed to meet the unique needs of pipesmokers. It's available in a wide range of styles and finishes, like this "Antique Silver Plate" option. 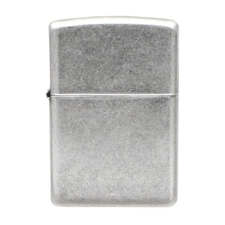 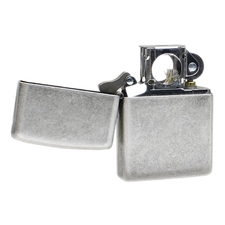 Customer Reviews (1 Total)
Write A Review
Write a review
Overall Rating:
5.00 out of 5 stars
Handsome in person
By: Curtis J.
Product: Lighters Zippo Antique Silver Plate Pipe Lighter
It's a zippo, nothing new there. Just wanted to say that it looks awesome in person. Easily my favorite finish on a zippo ever. I have since purchased the copper version and it looks great too. There is a brass version too but I will stick to silver ... Read More and copper. Read Less