This special pipe lighter from Zippo features holes on the sides of the metal flame casing, allowing fire to be drawn directly into the pipe chamber from the side without charring the rim. The Zippo pipe lighter is specifically designed to meet the unique needs of pipe smokers. It's available in a wide range of styles and finishes, this one boasting an abundance of chrome and a man cleverly shown with negative space to be smoking a Calabash pipe. 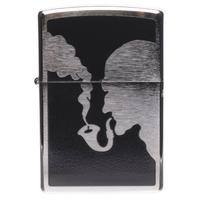 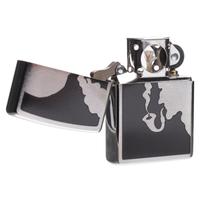