Introduced in 2015, the American Pipe Making Exposition is an annual Smokingpipes tradition that showcases the work of U.S.-based artisan carvers, the style of each pipe united by a specific theme. Past years have highlighted the use of bamboo, certain finishing techniques, and aesthetic influences, and for 2021 — the 7th edition of the Expo — we return to 2017's theme: accent stems.

Pipe stems have existed for almost as long as pipes themselves have, but mouthpiece styles have evolved considerably over recent decades, especially with the emergence of artisan pipe making. Many artisan carvers devote as much, if not more, time to stem making as they do to drilling and shaping the bowl, hand-cutting and -filing mouthpieces for optimal smoking comfort and performance, and such intimate, hands-on dedication also allows for more intentional and unique styling.

Sixten Ivarsson, widely considered the grandfather of the artisan pipe-making movement, was among the first to consider a pipe's stem as part of the piece's overall composition, rather than as simply an appendage necessary for smoking. While craftsmanship and engineering remained paramount for Sixten, the Danish carver also valued a stem's aesthetic appeal and prioritized how it harmonized with the stummel. In the same way that a painting's beauty could be obscured or promoted by its frame, so too could a stem's compositional balance, or lack thereof, affect a pipe's compositional harmony.

Since the time of Sixten, artisan carvers — especially American makers — have expanded upon this aesthetic incorporation of pipe stems, integrating accenting materials or vivid color palettes for added flair or shaping the stem to match the design cues of the stummel, sometimes in ornate fashion. In the early years of modern artisan pipe making in the U.S., a few carvers traveled to Denmark and visited Danish masters like Jess Chonowitsch and Hans "Former" Nielsen, learning to appreciate Sixten's and other Danes' approach to stem making and expanding on that aesthetic perspective in their own work. This expansion remained founded in Sixten's idea that a stem is part of a pipe's overall composition, but these American artisans began contributing their own creative styles to that maxim, experimenting with new materials, innovative engineering, and vibrant colors beyond what Sixten and others had achieved previously.

With the influence of mentorship in American pipe making and the ease of sharing ideas across social media, the evocative stem styles of those early carvers have permeated a number of portfolios across the U.S., and many American pipe makers fashion split stems and utilize unique materials, like Bakelite or colorful vulcanite for their mouthpieces, or render standard, black vulcanite in eye-catching ways to best fit with a specific pipe. This year's Exposition celebrates that ingenuity and creativity with an array of 16 pipes.

Thank you to all the carvers who participated in the 7th Annual American Pipe-Making Exposition. See the entire selection of this year's entries below with detailed pictures and descriptions, as well as an All Pipes Considered video outlining each pipe, and join us in celebrating the work, talent, and style of these American artisan pipe makers. 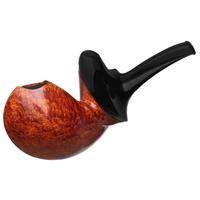 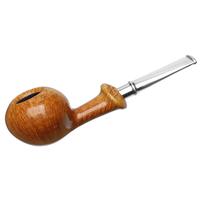 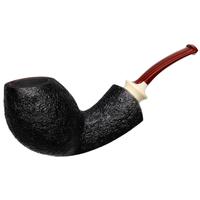 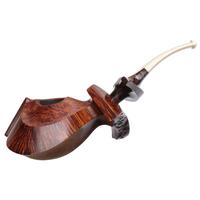 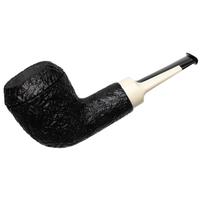 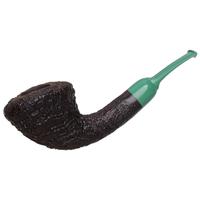 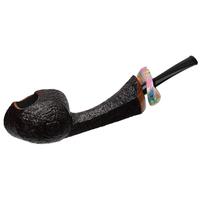 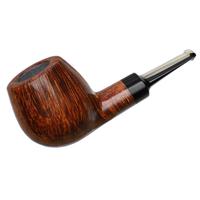 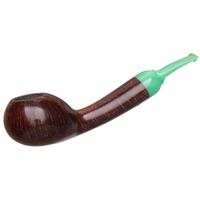 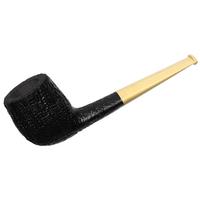 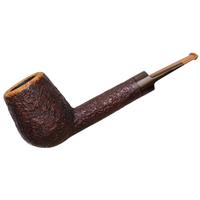 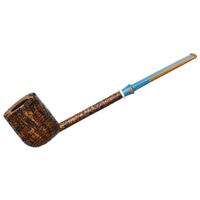 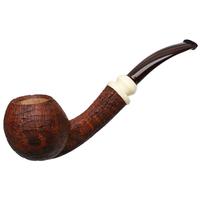 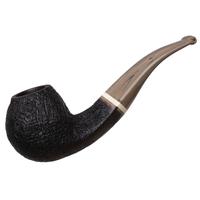 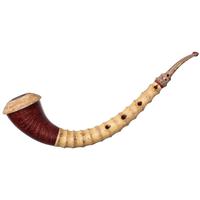