One of La Flor Dominicana's most celebrated and recognized cigars, the Double Ligero is prized for its delightful balance amid robust strength, ranking among the brand's boldest, most full-bodied offerings. During cultivation, cigar leaves are designated according to their primings — their position on the tobacco stalk — and ligero leaves are those near the top of the plant. Nutrient rich and exposed to the most sunlight, ligero represents some of the strongest of all cigar tobacco primings, and they're typically rolled at the very center of a cigar to add body and strength to the filler blend. LFD's Double Ligero cigars showcase this revered tobacco priming, offering even more ligero fillers than the brand's regular Ligero line. This particular Sun Grown version encases those Dominican ligero fillers, along with a Dominican binder, in a rich Ecuadorian Sumatra Sun Grown wrapper for added depth. 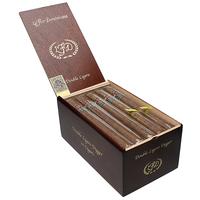 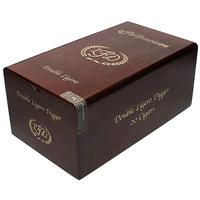 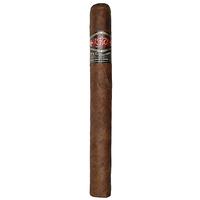 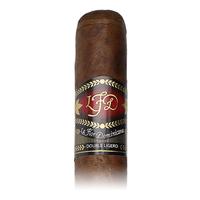