The year 2019 doesn't mark the 25th anniversary of La Flor Dominicana but, rather, the 25 years that Litto and Ines Gomez have been in the cigar industry. The husband-and-wife team introduced their first cigar, Los Libertadores, in 1994, two years before founding La Flor Dominicana.

Celebrating the quarter-century milestone, LFD presents the single vitola 25th Anniversary cigar. A 7" x 52 Churchill, these cigars feature an Ecuadorian Corojo wrapper around a binder and fillers from Nicaragua. It offers a full-bodied smoke, defined by bread and woody notes with nuanced flavors of sweetness and spice, and is limited in production. 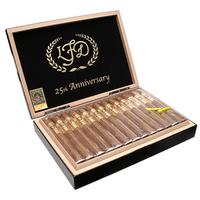 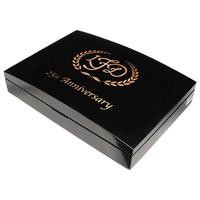 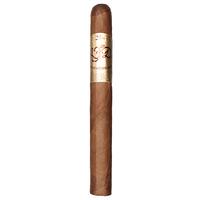 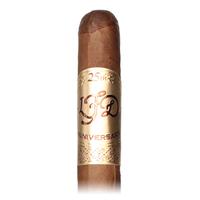