La Flor Dominicana is a company known for their strong, large ring gauge cigars and liberal use of ligero in their blends. When La Nox, Latin for The Night debuted in 2015, it marked quite a different release for the Dominican brand, not only in its smaller ring gauge, but in its packaging, design, and blending. Inspired ostensibly by the night itself, La Nox features art and a logo that both take influence from Vincent van Gogh, and the blend itself comes from the mind of Antonio "Tony" Gomez, rather than his father and company founder Litto. Comprising a dark Brazilian wrapper over a Mexican San Andrés binder and fillers from the Dominican Republic, La Nox is a cigar that's both extremely well balanced and rich with flavor, offering notes of dark fruit, earth, leather, cocoa sweetness, and pepper. Packaged in a tin of five cigars, these Petites are an even smaller vitola than the original release, though they pack the same depth of flavor as their larger brethren, and are perfect for a shorter smoke. 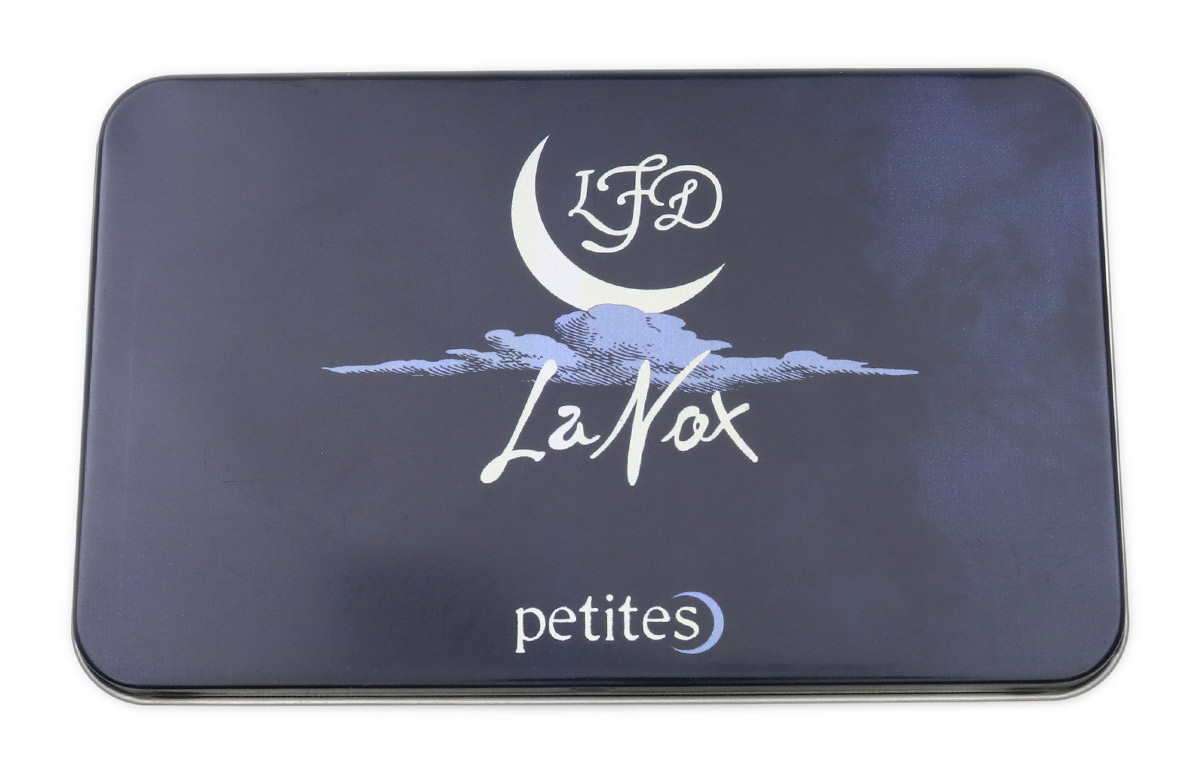