Originally introduced in 2014 as a riff on their standard 1845 blend, Partagas' Extra Fuerte (or "extra strong") was initially only available to brick and mortar stores around the U.S., an alternative to the Extra Oscuro which was available to websites. Swaddled in a Honduran Olancho san Agustin wrapper, this cigar features a Connecticut Habano binder and fillers from the Dominican Republic and Nicaragua. Though it presents as an extra strength blend, this cigar is remarkably approachable, though full in flavor, offering a profile which includes notes of leather, oak, nutmeg, and coffee beans, making this Robusto a fantastic choice for a complex, every day smoke. 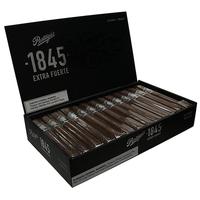 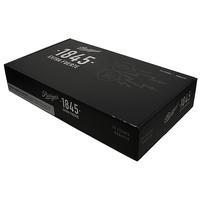 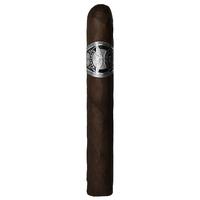 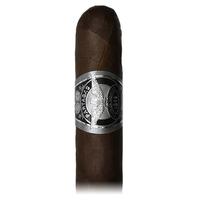 Customer Reviews (1 Total)
Write A Review
Write a review
Overall Rating:
4.00 out of 5 stars
Strong & Delicious!
By: Dave Chandler
Product: Partagas 1845 Extra Fuerte Robusto
An iron fist in a velvet glove - this stick packs all the wallop you desire and over-delivers on bassy, chocolately/cacao-driven notes, exceptional construction and an even burn. I've also found that these sticks age particularly well and really come... Read More into their own around the 3 year mark. Highly Recommended offering from the ORIGINAL heritage marca!! Read Less
Customers Who Smoked 1845 Extra Fuerte Robusto Also Smoked:
Ashton