For the Guardian of the Farm line, Max Fernández partners with Kyle Gellis of Warped Cigars to pay tribute to the bulldogs that guard the Aganorsa tobacco farms. These Nicaraguan puros feature a wrapper and binder of Corojo '99 from Jalapa and a blend of Criollo '98 and Corojo '99 comprising the long-fillers. The Guardian of the Farm joins Warped's Futuro cigar as the second collaboration between the the Fernándezes and Gellis, the flavor profile boasting notes of oats, vanilla, coffee, and pepper. While the other Guardian of the Farm vitolas are named after each of the Aganorsa guard dogs, the Apollo is a limited release Lonsdale named after one of Gellis' Italian mastiffs — distinguished by both an Aganorsa and a Warped band. 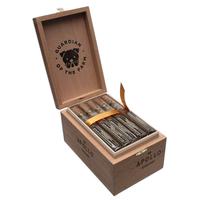 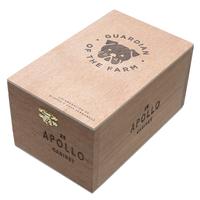 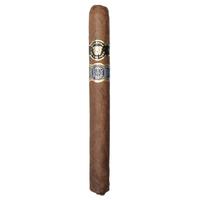 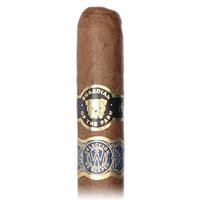