AJ Fernández's New World line is a collaborative blend between Abdel and his father, Ismael, featuring an array of filler and binder tobaccos and wrappers. The New World Puro Especial is the third release within the series, and like the original New World Oscuro, it's a Nicaraguan puro; however, it showcases a Nicaraguan Habano wrapper instead of the original's dark Oscuro leaf. Moreover, Ismael blended the New World Puro Especial using only specific, three- to five-year-aged tobaccos from his son's farms in Nicaragua: San Diego for its soil's mineral content, La Soledad for its flavor, La Providencia for its aroma, and San Jose for the special Crollo '98 seed planted there years ago. Here, it's offered in the Robusto vitola. 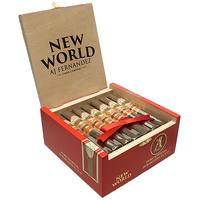 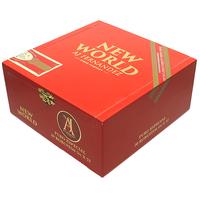 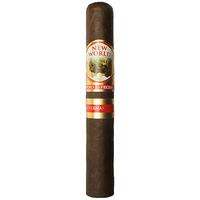 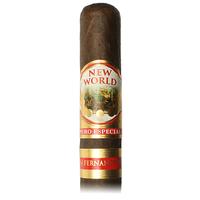 Customer Reviews (1 Total)
Write A Review
Write a review
Overall Rating:
5.00 out of 5 stars
Great smoke
By: Turd Furguson
Product: AJ Fernandez New World Puro Especial Robusto
This was very enjoyable. Compared to the New World Connecticut this is just right for my taste. It has enough spice and flavor without being too strong. The wrapper tastes great and holds up well. No burn or draw issues. Overall I enjoyed this Puro v... Read More ery much, it is the perfect balance of flavor and strength profile. Read Less
Customers Who Smoked New World Puro Especial Robusto Also Smoked:
Ashton 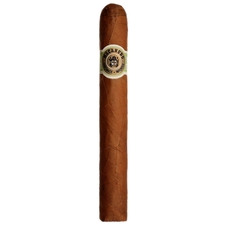