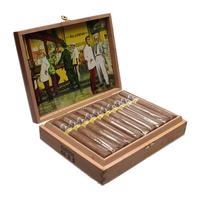 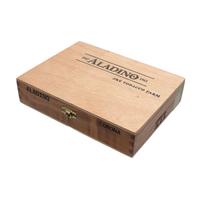 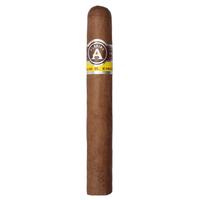 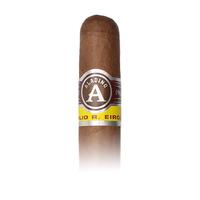 Customer Reviews (4 Total)
Write A Review
Write a review
Overall Rating:
3.38 out of 5 stars
My Favorite
By: Hedero
Product: Aladino Corojo Corona
I’m more a pipe guy than a cigar guy, but I hat a few of these over the last year and have to say that this is the finest cigar I have had to date. IMO, ithas a perfect draw, smooth even burn, and a flavor that cannot be beat. They are supposed to be... Read More a throwback to the heyday of the Cuban cigar, and it seems to fit what I had floating around in my imagination of what that would be. Highly recommended. Read Less
Solid cigar
By: Dmytro B.
Product: Aladino Corojo Corona
Beautiful glossy wrapper and presentation. Notes of wood and fresh cedar with sour but pleasant taste. Overall good cigar.
Lovely cigar until May of this year......
By: PD
Product: Aladino Corojo Corona
Natural sweetness that reminds of a certain Havana I smoked many years ago. Sad update Aug 1st. Beware: The beautiful light brown colored"Corojo" has been replaced with a much darker one. This is not a matter of shade sorting for each box. ... Read More The wrapper has been replaced with a darker, more bitter and stronger leaf. This is a quality problem, caused by the more recent tobacco crops. I lower my rating base on the current product being sold Read Less
Pepper
By: R L M.
Product: Aladino Corojo Corona
...and not much else. Not a premium cigar in any sense. Construction inconsistent. Did I get a bad box?
Customers Who Smoked Corojo Corona Also Smoked:
Ashton