Among Ashton's most premium offerings, the Symmetry cigar features a blend of proprietary, ultra-rare tobaccos. First released in 2014, the Symmetry was the first Ashton cigar to comprise fillers from Nicaragua. They're sourced from the Fuente family's Un Buen Vecino farm and are joined by Dominican fillers from the Chateau de la Fuente and Villa Gonzalez farms. Blended by Carlito Fuente Jr. and hand-rolled at the Fuentes' factory in the Dominican Republic, the Symmetry further showcases an Ecuadorian Habano wrapper and Dominican binder, and it offers a sublime flavor profile of cedar, coffee, cinnamon, and stone fruits — supremely balanced to befit its name. 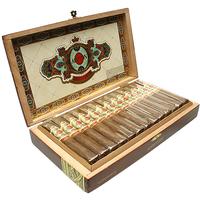 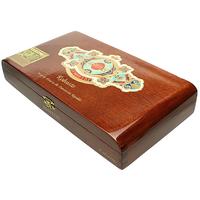 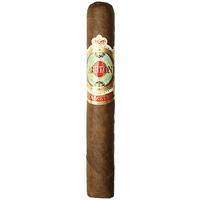 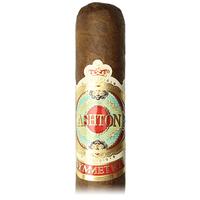