Released alongside the Killer Bee and Rorschach lines in 2015, the NBK is an original cigar from BLK WKS Studio — the avant garde, experimental offshoot of James Brown and Black Label Trading Company. An acronym for "Natural Born Killer," the NBK combines Nicaraguan binder and filler tobaccos with an Ecuadorian Habano Oscuro wrapper, making for an earthy, creamy smoke, with notes of chocolate and toasted peanuts.

The Lizard King version was originally released as an event-only cigar, before being offered to select retailers at the end of 2019. Like the original NBK, it's a box-pressed blend of binder and fillers from Nicaragua. The Lizard King changes the wrapper, though, presenting a barber pole of Ecuadorian Maduro and Rojiso leaves. It's meant as a bolder, more amped up version of the original, imbued with more strength and spice. 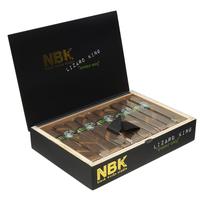 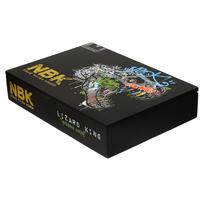 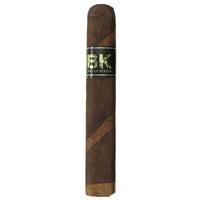 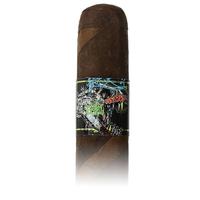 Customer Reviews (1 Total)
Write A Review
Write a review
Overall Rating:
5.00 out of 5 stars
Best BLK WKS
By: The Curse of Perfect Dɑys
Product: Black Label Trading Company BLK WKS Studio NBK Lizard King
Of all the Black Label/BLK WKS I've had, this is the best vitola. Green Hornet is best for being available & the Notura is always a mainstay, but Lizard King is my new favourite. Hopefully there will be a 2022 release.
Customers Who Smoked BLK WKS Studio NBK Lizard King Also Smoked:
Macanudo