Along with the Royalty, Salvation, and Lawless, Last Rites is one of Black Label Trading Company's first cigars, and a member of their core lineup. An aged Ecuadorian Maduro wrapper and Honduran binder embrace filler from Nicaragua and Honduras for Black Label Trading Company's Last Rites, making for a robust, full-bodied smoke with notes of cedar, chocolate, and coffee, along with a luscious finish of cocoa and earth.

Debuted at the 2019 IPCPR Trade Show, the Viaticum version of Last Rites is a limited edition cigar, offered only to retailers who attended the show. Fitting in with the Last Rites' overall theme, "Viaticum" is a Latin term within the Catholic Church referring to the Eucharist, but specifically as it's given to a person near death. The cigar features the same tobaccos used in the original Last Rites blend, but the ratios have been tweaked to give the Viaticum its own unique flavor profile. 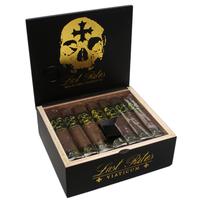 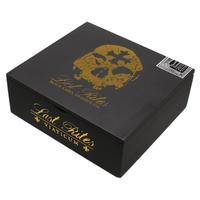 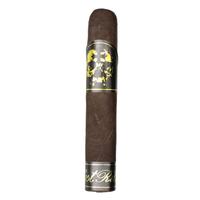 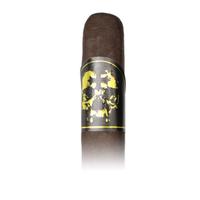