Fitting with Blackbird's consistent, avian theme, the Macaw is a single-vitola, limited-edition cigar from founder Jonás Santana. It combines the best versions of select tobaccos from Blackbird's other renowned cigars, featuring a four-country blend of leaf from Brazil, Indonesia, the United States, and the Dominican Republic. The Cuban-seed Brazilian wrapper of the brand's Cuco and Unkind series joins the Indonesian Sumatra binder from the Rook, with Dominican and U.S. fillers of five distinct varietals: Pennsylvanian leaf and Dominican Corojo, Criollo '98 from two growing regions in the DR, and Dominican Piloto Cubano.

The macaw is a bold, colorful bird, perfectly representing Blackbird and Santana's hard-to-miss persona, and the Macaw cigar also features a QR code on the band and box, allowing smokers to access an augmented reality app and record videos or take pictures with a striking, virtual-reality macaw. A limited-edition release, Blackbird's Macaw is available in a single, 5.125" x 58 box-pressed Gordo vitola. 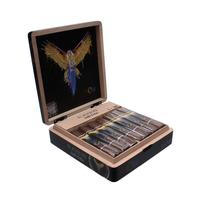 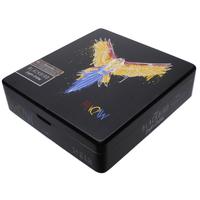 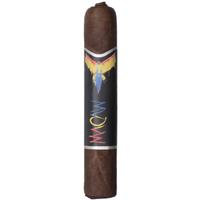 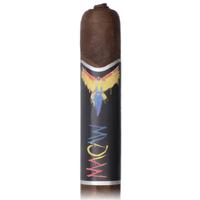 Customer Reviews (1 Total)
Write A Review
Write a review
Overall Rating:
3.50 out of 5 stars
Bird Flew Away
By: Christopher p.
Product: Blackbird Macaw Limited Edition Gordo Box Pressed
Very unique cigar of many different blends But they fight for your pallets attention and all fall short.