Brick House cigars feature the same aged, Nicaraguan fillers but are available with three different versions: Habano, Maduro, and Double Connecticut. Offered here is the Habano, with an Ecuadorian Habano wrapper around a Nicaraguan binder, in the 6.25" x 60 Mighty Mighty vitola. 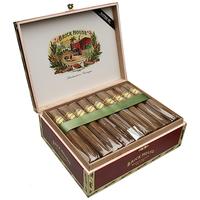 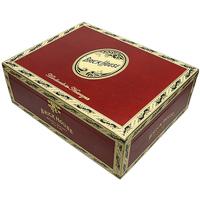 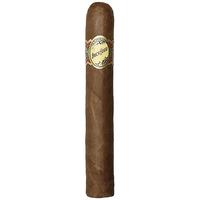 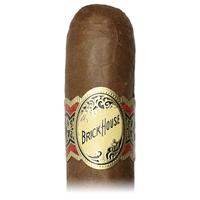 Customer Reviews (3 Total)
Write A Review
Write a review
Overall Rating:
3.17 out of 5 stars
Tastes Like a Fuente
By: Scott D.
Product: Brick House Mighty Mighty
I wouldn't say it's a bad cigar-it's not. That said, it tasted almost exactly like a Fuente Maduro Chateau Rothschild (one of my favorites) for a few dollars more. It's mild with a good hint of spice and a very sweet citrusesque taste I associate wit... Read More h Dominican tobacco...I frequently found myself wishing it had more chocolate notes I get from other Nicaraguan blends or that I'd just spent my money on a Padron 6000 or anything from Perdomo. I also had several burn issues that I had to keep touching up that did straighten up past the halfway point in the cigar. Overall, well, it's just not for me. Hopefully, I can find something from JC Newman that's better suited to my palette as I always pass the JC Newman factory in Tampa and I think it's kinda cool to smoke a cigar from the oldest American cigar factory. A similar cigar: Illusione Epernay Read Less
Flavorful
By: Max Cutter
Product: Brick House Mighty Mighty
This is a surprisingly good cigar at this price. I give it a 4 out of 10 for strength. Very pleasant sweetness. Ok draw.No burning issues. I haven't smoked a cigar this good at triple the price. I'd buy again for sure.
Quality Change?
By: Sean P.
Product: Brick House Mighty Mighty
Previously my favorite. Either my tastes changed, or the quality of the cigars have diminished. These are now harsh, dry and lacking depth of flavor that they used to have. Even placed in a humidor and "brought back to life" they are but a shadow of ... Read More their former self. Can no longer recommend. Oliva Flor de Oliva is a much better alternative if you enjoy a smooth, medum-bodied smoke with good flavor. Read Less