Named for the Kings of Leon song of the same name. Crowned Heads' Four Kicks Mule Kick Limited Edition is a bold, 5 7/8" x 52 Robusto Extra vitola featuring the same Nicaraguan binder and filler blend used in previous years but wrapped in a gorgeous Ecuadorian Sumatra leaf. The results speak for themselves, as the Sumatra wrapper adds an extra layer of flavor and complexity to the already delicious blend. A limited release, only 2,500 boxes were produced, meaning time is of the essence when it comes to stocking your humidor with Crowned Heads' 2019 Four Kicks Mule Kick. 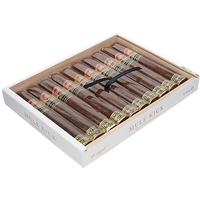 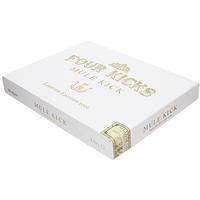 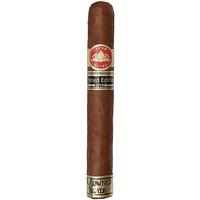 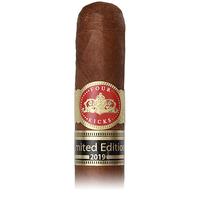