A limited-edition cigar from Crowned Heads, the Mule Kick is essentially a stronger version of the flagship Four Kicks series. The Mule Kick was first introduced in 2012 but didn't reappear until 2017, with consecutive yearly releases having occurred since with differing wrappers. For 2018, Crowned Heads utilized a Connecticut Habano Maduro wrapper, traded for an Ecuadorian Sumatran wrapper in 2019, and the 2020 Mule Kick delights with its Nicaraguan Jalapa wrapper. It's a special leaf that Crowned Heads' co-founder Jon Huber first experienced in 2016 when Ernesto Perez-Carrillo (whose factory rolls the Mule Kick line for Crowned Heads) offered him a cigar that would later form the EPC Encore line. That leaf is now featured as the wrapper for the Four Kicks Mule Kick limited-edition 2020 cigar, offered in a singular 5 7/8" x 52 vitola. 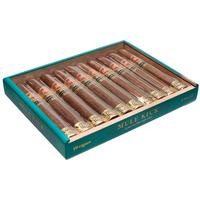 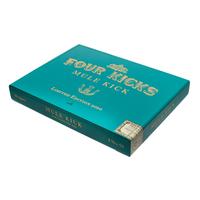 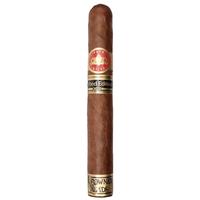 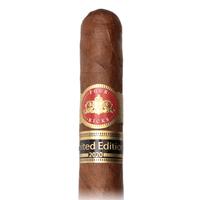