Crowned Heads' first cigar, the Four Kicks has remained a flagship within the brand's portfolio since it was introduced in 2011. When developing the blend, Jon Huber and Mike Conder of Crowned Heads worked with Ernesto Perez-Carrillo Jr. on several prototypes — two with Habano wrappers and another covered in Sumatran leaf. One of the Habano-wrapped blends was eventually chosen for the original Four Kicks; however, in the Four Kicks Capa Especial, Crowned Heads presents the Sumatra wrapper versions, released almost a decade since it was first considered for the Four Kicks. While the original Four Kicks features a filler blend entirely of Nicaraguan tobaccos, the Capa Especial boasts Nicaraguan and Dominican leaf within a Nicaraguan binder and Ecuadorian Sumatra wrapper. Offered here is the special Águilas vitola, a limited-edition 5.5" x 50 Figurado inspired by Romeo y Julieta's now discontinued vitola of the same name and limited to only 3,000 boxes. 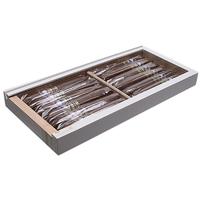 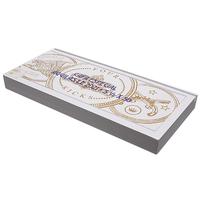 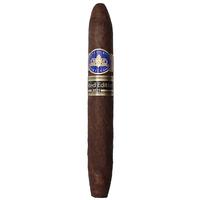 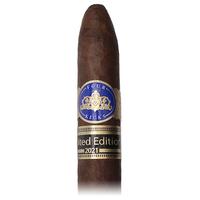