A limited-edition cigar from Crowned Heads, the Mule Kick is essentially a stronger version of the flagship Four Kicks series. The Mule Kick was first introduced in 2012 but didn't reappear until 2017, with consecutive yearly releases having occurred since with differing wrappers. For 2018, Crowned Heads utilized a Connecticut Habano Maduro wrapper, traded for an Ecuadorian Sumatran wrapper in 2019, and the 2020 Mule Kick delighted with a Nicaraguan Jalapa wrapper. The 2022 edition reinvigorates the line after a two-year hiatus with a sumptuous Mexican San Andrés wrapper — the box art further celebrating the leaf's origins. Hand-rolled at Ernesto Perez-Carrillo's factory in the Dominican Republic, the Four Kicks Mule Kick Limited Edition 2022 cigar features the same Nicaraguan binder and fillers as past releases, wonderfully complemented by this version's San Andrés wrapper and offered in a singular 5 7/8" x 52 vitola. 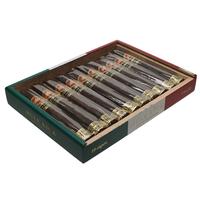 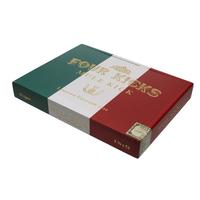 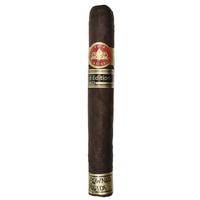 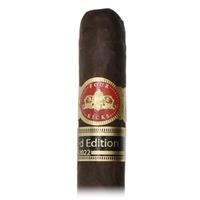