Offered here is the English No. 27: A quintessential mix of Burley and Turkish leaf with a generous portion of Cypriot Latakia is pressed into a cake before being rubbed out and paired with Nicaraguan cigar tobaccos. Rich and decadent, this cigar celebrates traditional English mixtures, perfect for lovers of Latakia-based pipe tobaccos. 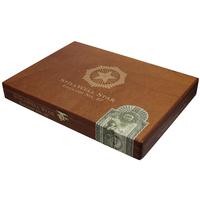 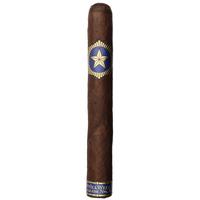 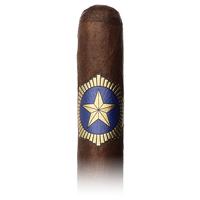 Customer Reviews (4 Total)
Write A Review
Write a review
Overall Rating:
4.75 out of 5 stars
Worth a Try
By: Gregory N.
Product: Dunbarton Tobacco & Trust StillWell Star English No. 27
Pre-light you can smell the pipe tobacco. The first inch the draw was tight, but opened up after that. I could taste the pipe tobacco throughout, although it was a good, balanced flavor...not overpowering english flavor. Got a good nic-hit about half... Read More way through. Overall, pleased with the experience. Won't replace my english blends in my pipe, but worth it as an occasional smoke Read Less
A Must Try
By: PuffingWalrus
Product: Dunbarton Tobacco & Trust StillWell Star English No. 27
FIrst off a simply beautifully made cigar through and through. From the overall construction to the bouquet pre and post lite. If you are a pipe smoker looking for a cigar to try or like myself you enjoy both pipes and cigars I cannot recommend this ... Read More enough. Im even aging a few as an experiment 2 are aproching on a year and i cant wait to smoke them. Read Less
Best of Both Worlds!
By: Dave Chandler
Product: Dunbarton Tobacco & Trust StillWell Star English No. 27
As an avid pipe enthusiast and cigar smoker (as well as a bit of a Dunbarton fanboy - but aren't we all at this point?), I was excited to try this exciting marriage of the two styles. I found all four expressions to be remarkably well executed and fe... Read More ... el they could easily serve as a bridge from one category to the other. Perfect draw and construction with a remarkably even burn - no easy feat with a complex and unique blend such as this! Full marks once more for the illustrious Steve Saka!! Read Less
Loved it!
By: sgarrity
Product: Dunbarton Tobacco & Trust StillWell Star English No. 27
I wrote a less than glowing review for the Aromatic in this series. But the English…WOW! One of the best cigars I’ve had in awhile. Full, rich with hints of a nice English blend. Will definitely be buying more of these!
Customers Who Smoked StillWell Star English No. 27 Also Smoked:
Ashton