In Spanish, muestra means "sample," but in a cigar factory devoted to handmade cigars, the word has a deeper connotation, referring to the realized vision of the blender — the cigar that finally encompasses the desired profile after time spent tweaking and refining. In the Muestra de Saka line, Dunbarton's founder Steve Saka presents a series of unique blends and vitolas made in extremely limited quantities and marked by different tobaccos.

Released in the summer of 2022, The Bewitched is a singular 6.625" x 50 vitola with a pigtail cap and a flavor profile that Saka describes as "entrancing." Hand-rolled at the Fábrica de Tabacos Joya de Nicaragua factory in Nicaragua, The Bewitched showcases an Ecuadorian Habano wrapper and a binder of Dunbarton's proprietary Tonto San Andrés Negro leaf from Mexico — complemented by fillers from Nicaragua and the United States. Originally, the blend was an exclusive cigar celebrating the Owl Shop's 75th anniversary, but Zach, the shop's owner, declared the blend too good not to make more readily available, leading to its release in the Muestra de Saka series. Regarding the name, owls are traditionally considered witches in Nicaraguan culture, so The Bewitched simultaneously honors its Nicaraguan origins as well as its inaugural release for the Owl Shop in Worcester. 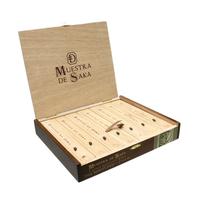 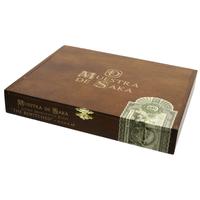 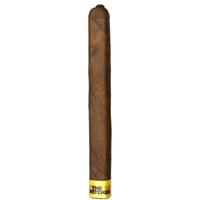 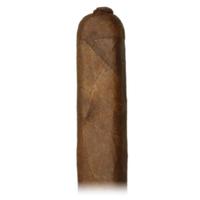