Hailing from Connecticut and owning a 50-acre tobacco farm there, Foundation's founder and master blender, Nicholas Melillo, has a passion for Connecticut Broadleaf. Melillo wanted a blend that showcased this special leaf, leading to the creation of The Tabernacle.

The Tabernacle cigars feature a blend of fillers from Jamastrán, Honduras and the Nicaraguan regions of the Jalapa and Estelí, all wrapped in Connecticut Broadleaf and a Mexican San Andrés binder — another leaf that Melillo adores and an old variety that predates Cuban seed.

Boasting a bold profile with balanced flavors of earth, meat, fruity sweetness, and subtle hints of coffee and chocolate, Foundation's The Tabernacle displays bands that bespeak the line's name: The artwork of the standard line depicts Haile Selassie, the 225th King of Abyssinia. Selassie's ancestry dates back to King Solomon, who built the temple that safeguarded the Ark of the Covenant. Like that ancient edifice, The Tabernacle houses Melillo's Connecticut leaf — a leaf that, for him "is something sacred." The Goliath is a special size of The Tabernacle that, while featuring the same components, is a 5" x 58 Perfecto, joined by the 5" x 54 David. These vitolas also feature their own special band artwork, depicting their biblical namesakes while still fitting in with The Tabernacle's overarching theme. 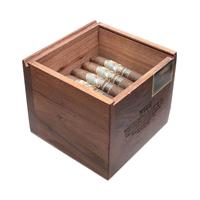 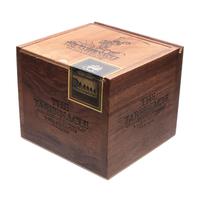 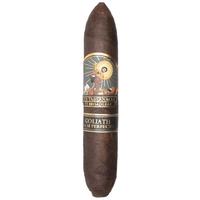 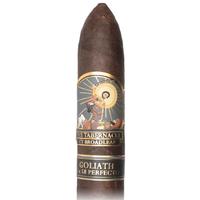 Customer Reviews (1 Total)
Write A Review
Write a review
Overall Rating:
4.50 out of 5 stars
IT HONKS
By: Christopher p.
Product: Foundation Cigar Company The Tabernacle Broadleaf Goliath
One of my celebration go to cigars