Debuted in 2015, El Guëguënse ("The Wise Man") is Foundation's inaugural cigar, blended by founder and master cigarmaker Nicholas Melillo. As a Nicaraguan puro, the line celebrates Nicaraguan culture and specifically pays homage to the satirical play of the same name. Written in the 16th century in both Spanish and the indigenous Nahuatl language, El Guëguënse is one of the oldest theatrical performances of the Americas and Nicaragua's signature drama — expressing the country's linguistic, historical, and cultural heritage through colorful costumes and dramatic dances.

Comprising a Nicaraguan Corojo '99 wrapper, Mexican San Andrés binder, and Nicaraguan fillers from Estelí and Jalapa, El Guëguënse is a sister blend, of sorts, to Foundation's The Wise Man cigar, which features the same tobaccos but with the Corojo '99 used for the binder and the San Andrés leaf as the wrapper. Melillo personally inspects and selects the tobaccos for El Guëguënse, and production is limited to 225 cigars per day at the Tabacos Valle de Jalapa factory, ensuring the highest standards of quality and aesthetics. Every stick then rests in humidors for a month before shipping. The crown jewel of Foundation Cigars, El Guëguënse represents the Nicaraguan people and culture, boasting a flavor profile of cedar and subtle sweetness for a medium- to full-bodied smoke. The Macho Ratón vitola is a special, limited-edition 4/75" x 60 Perfecto that was also seen in Foundation's five-year anniversary cigar. 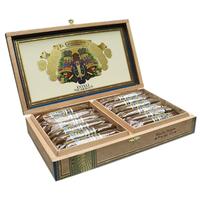 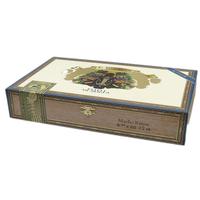 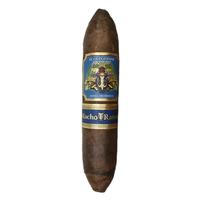 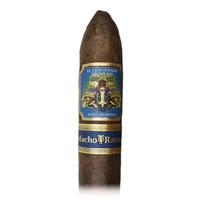