For decades, cigar blenders and factories struggled to find Dominican leaf that was suitable for cigar wrappers, but that precedent changed thanks to Arturo Fuente: Founded in 1912, Arturo Fuente eventually developed a means of cultivating Dominican tobacco that fit the exacting requirements demanded of wrapper leaf, and the illustrious Fuente Fuente OpusX series was born — the first ever Dominican puro. Supported by the experience and expertise learned from three generations of dedicated cigar blending and tobacco cultivation, Fuente Fuente OpusX cigars represent Arturo Fuente's most prestigious offerings, and many avid connoisseurs consider them Holy Grails within the cigar industry. Crafted in limited quantities and comprising only the finest Dominican tobacco available, OpusX cigars are an experience unto themselves.

The Gran AniverXario Destino al Siglo was released in 2012 to commemorate Arturo Fuente's 100-year anniversary, and while it's not officially branded as part of the OpusX series, it is a special version of that same, iconic blend. Featuring the same Dominican tobaccos used for the OpusX, the Destino al Siglo trades the OpusX's Corojo-seed wrapper for a Habano-seed varietal, offering a full-bodied flavor profile and distinct variation on the famous OpusX. 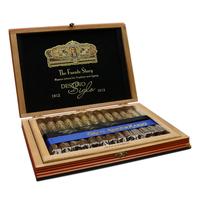 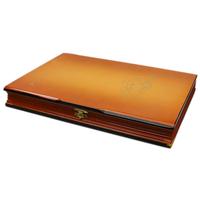 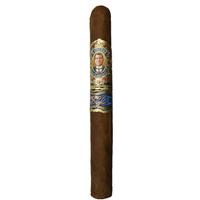 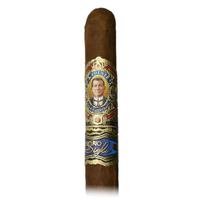