Established in 1912 by its eponymous founder, the Arturo Fuente brand is continued today by Fuente's grandson Carlos "Carlito" Fuente Jr, and the Hemingway series pays homage to Arturo's skill in hand-rolling Perfecto cigars throughout the 1920s, '30s, and '40s. The Perfecto is a difficult vitola to make, requiring a skillful hand and necessitating a distinctive profile. As the decades progressed, the cigar size became rarer and rarer, so in the '80s, Carlito revitalized the artful craft of hand-rolling Perfectos, creating the Hemingway line which features Perfectos of different sizes. Moreover, Carlito used the Hemingway series to add a more non-traditional blend to Arturo Fuente's portfolio, featuring a Cameroonian wrapper supported by a binder and fillers of the tabacalera's prestigious Dominican tobaccos. This special Hemingway Maduro version maintains those same binder and fillers, but trades the original's Cameroon wrapper for one of Connecticut Broadleaf. 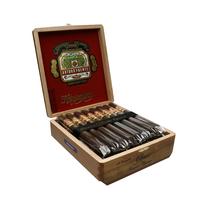 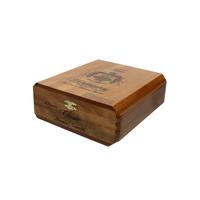 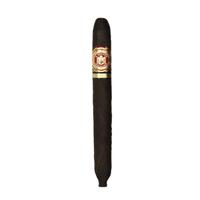 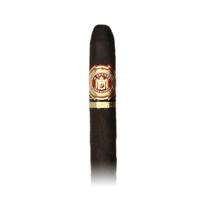