Blended by the talented Willy Herrera of Drew Estate, Herrera Estelí Habano cigars are a tribute to the iconic Cuban sticks of old. These cigars showcase Nicaraguan fillers from Estelí paired to a Honduran binder and Ecuadorian-seed Habano wrapper. The tobaccos are rolled using the traditional entubar method. A staple of Cuban-made cigars, it's an arduous, time-consuming process that involves rolling the filler tobacco into separate smaller tubes. This, then, allows the wrapper and binder to be rolled more tightly, making for a dense, slow-burning stick that still maintains an impressively comfortable draw. Offered here is the Lonsdale vitola, boasting a medium to full body with notes of creamy coffee, earthy spice, cedar, and toasted nuts — a worthy homage to the Cuban cigar tradition. 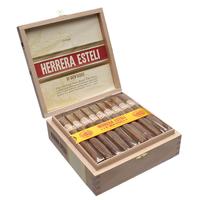 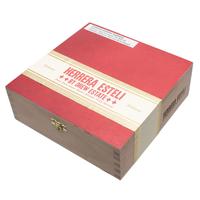 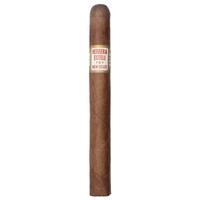 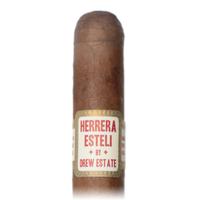 Customer Reviews (1 Total)
Write A Review
Write a review
Overall Rating:
4.00 out of 5 stars
Very good
By: PD
Product: Herrera Esteli Habano Lonsdale
Very nice quality cigar, in a Havana style. I would buy a box of these at $5-$6 per cigar. But like everything else it is way over priced. I certainly will buy a few occasionally.
Customers Who Smoked Habano Lonsdale Also Smoked:
Ashton