Due to our annual company Holiday Party, our Customer Service call lines will be open from 9a EST to 5p EST today. We'll resume our normal service hours tomorrow.
Cigars » Illusione » Maduro mj12

Illusione's Maduro is comprised of Nicaraguan Corojo '99 and Criollo '98 tobaccos wrapped in rich Mexican San Andrés Maduro leaf, resulting in a cigar with a deliciously full-bodied balance of leather and spice. Presented here is the mj12 vitola — aka The Majestic 12 — which is the alleged code name of group formed by President Truman in 1947. Comprised of scientists, military leaders, and government officials, this clandestine committee is said to have been started to investigate UFO activity precipitated by the Roswell incident... or so says the conspiracy theory... Fitting with that theme, the mj12, in its Candela version, is encased in tin foil, with the Maduro version here encased instead in black paper. 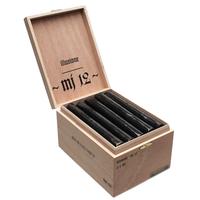 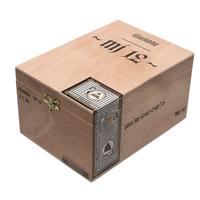 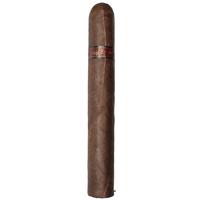 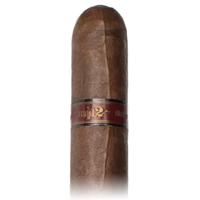