L'Atelier's Surrogates line is unique in that each cigar within the series represents a limited-edition, small-batch blend, offering boutique quality and exclusive appeal while retaining a budget-friendly price. Each Surrogates cigar is blended by Pete Johnson and hand-rolled at the My Father factory in Estelí, Nicaragua.

The AKC cigar honors the dog of one of L'Atelier's co-founders Dan Welsh. His dog Kenji, a Mastiff and Labrador mix — or "Mastador," as Welsh affectionately referred to him — passed away in 2019. At first, AKC was meant to refer to "American Kennel Club" in reference to the club's lack of recognition for Mastador as a legitimate breed, but Welsh also realized the cigar could stand for "A Kenji Cigar." It features a Mexican San Andrés wrapper, dual binders from Nicaragua, and Nicaraguan fillers. Welsh wanted it to be the most full-bodied blend in the Surrogates line, and L'Atelier has accomplished that in a 5" x 55 Robusto Gordo. 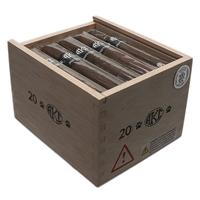 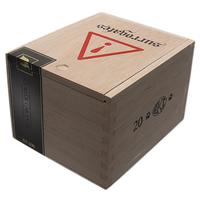 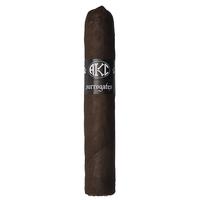 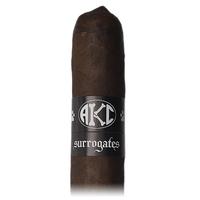