The Liga Privada No.9 has its origins, circa 2005, in a project by Steve Saka to come up with a cigar that would both suit him as a personal, daily smoke, and that would have a wide enough appeal so that he could also feel confident handing samples out to his peers in the industry. After a great deal of blending and testing, they settled on one of the umpteenth sub-variations of base blend variation number 9 — abbreviated for the sake of simplicity to "No.9".

The only problem was that while Drew Estate could simplify the name, they couldn't simplify the blend without losing its magic, and the No.9 called for a combination of very specific ingredients from seven different farms. So specific were the ingredients that their availability meant this blend would only see release as an on-again, off-again offering, and always in limited production. Strong, without pushing into overpowering, rich and complex, this blend met its original goal of earning a wide appeal with a delicious flavor profile. 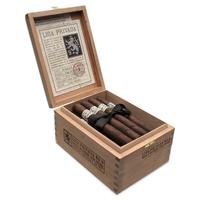 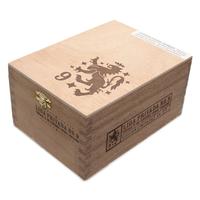 Customer Reviews (1 Total)
Write A Review
Write a review
Overall Rating:
5.00 out of 5 stars
Excellent smoke
By: TerryWhite
Product: Liga Privada #9 Corona Viva
Way overpriced here. I smoke at least 2 of these a week and for 3 to 4 dollars less locally.