Originally released in May of 2021, the BBQ Pig cigar was blended and crafted by Quesada for LCA, and it returned again exactly one year later as 2022's May release. In fact, these cigars are from the same production as the BBQ Pig's debut, comprising the same, secret blend and elevated by a year's worth of age. As the name suggests, the flavor profile delights with notes of peppers, meat, and smokiness, and it's available in a singular 4" x 60 Perfecto, as popularized by Drew Estate's Liga Privada Fly Pig vitola. 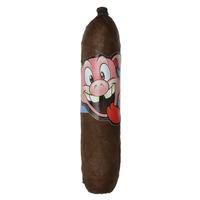 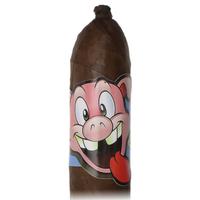