Offered here is the No Free Lunch, a Nicaraguan puro with a Nicaraguan Habano wrapper. Furthermore, these cigars were originally produced in 2018 and are part of Lost & Found's charitable initiative, with the profits from each No Free Lunch pack helping to fight homeless hunger. 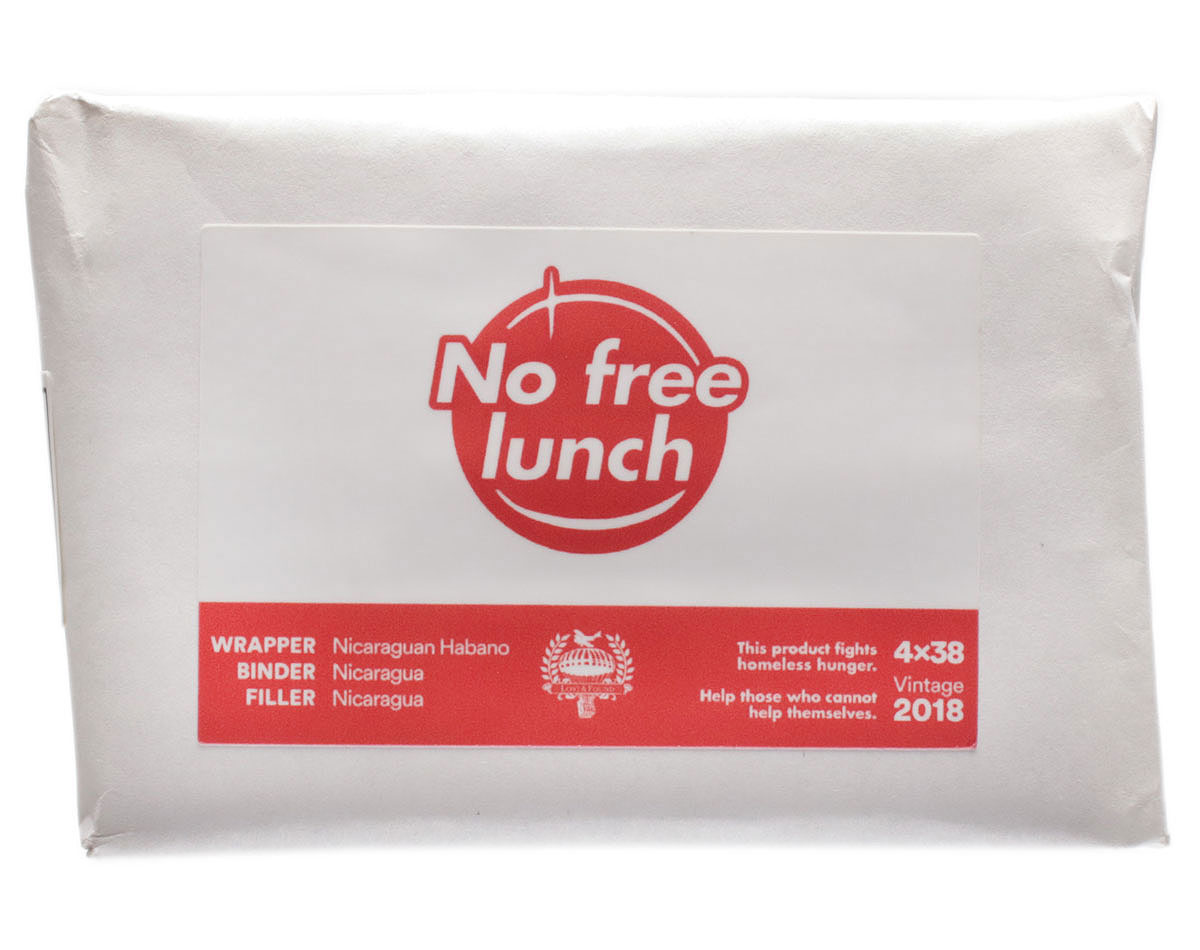