Offered here is the Chance, a cigar released in support of Toys for Tots, with the sale of each pack going towards providing a toy for a child in need. It's a 5" x 50 Robusto size of 2017 vintage, comprising Nicaraguan, Dominican, and U.S. fillers and a Sumatran binder within a Nicaraguan Habano wrapper. 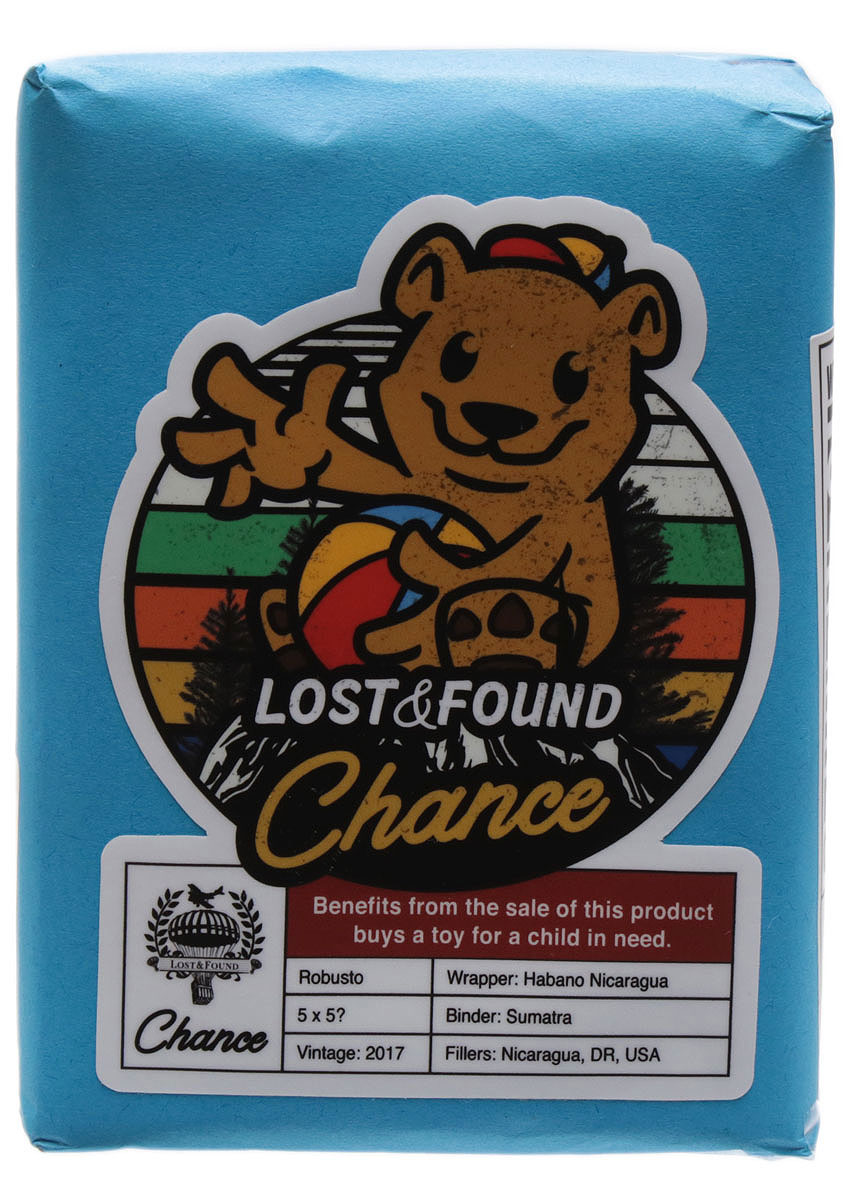