Offered here is the Land O Snakes Butter Claro. It's one of the more undisclosed blends released in 2020 by Lost & Found, saying only that the original vintage of these cigars is 2015 and that they utilize Havana Vuelta Abajo, Piloto Cubano, and Arapiraca tobacco leaves. 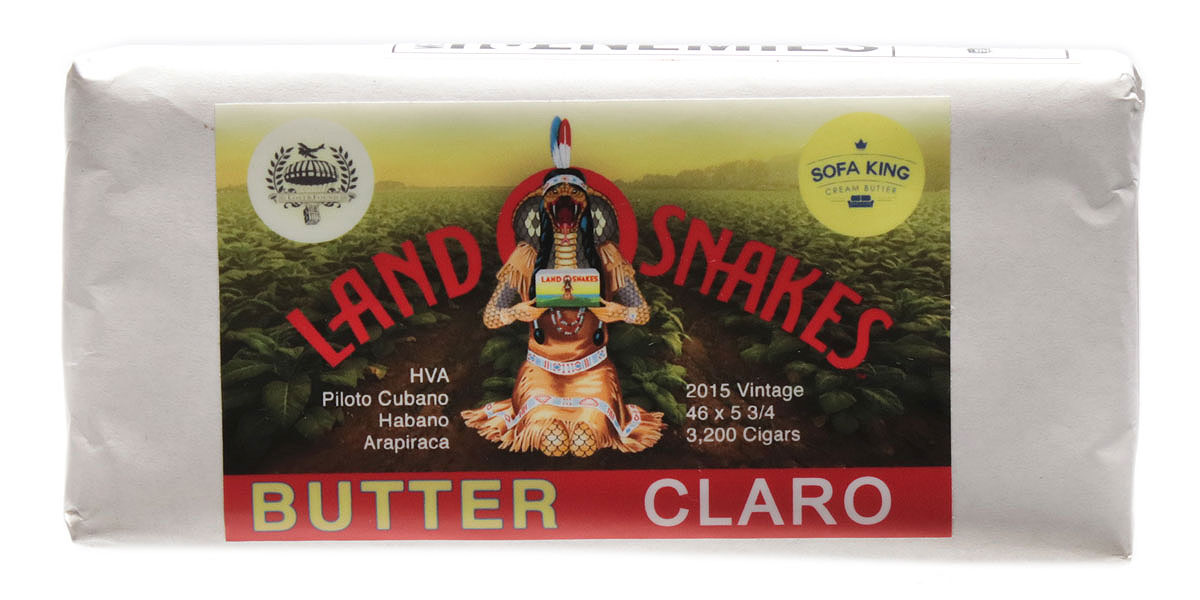