Offered here is the Pepper Cream Chocolate Crush. It's a Figurado Magnum of 2018 vintage, comprising fillers from Honduras and Nicaragua in an Indonesian binder and Mexican San Andrés wrapper and offering a bold, full-bodied profile of peppery spice, roasted meat, and earth. 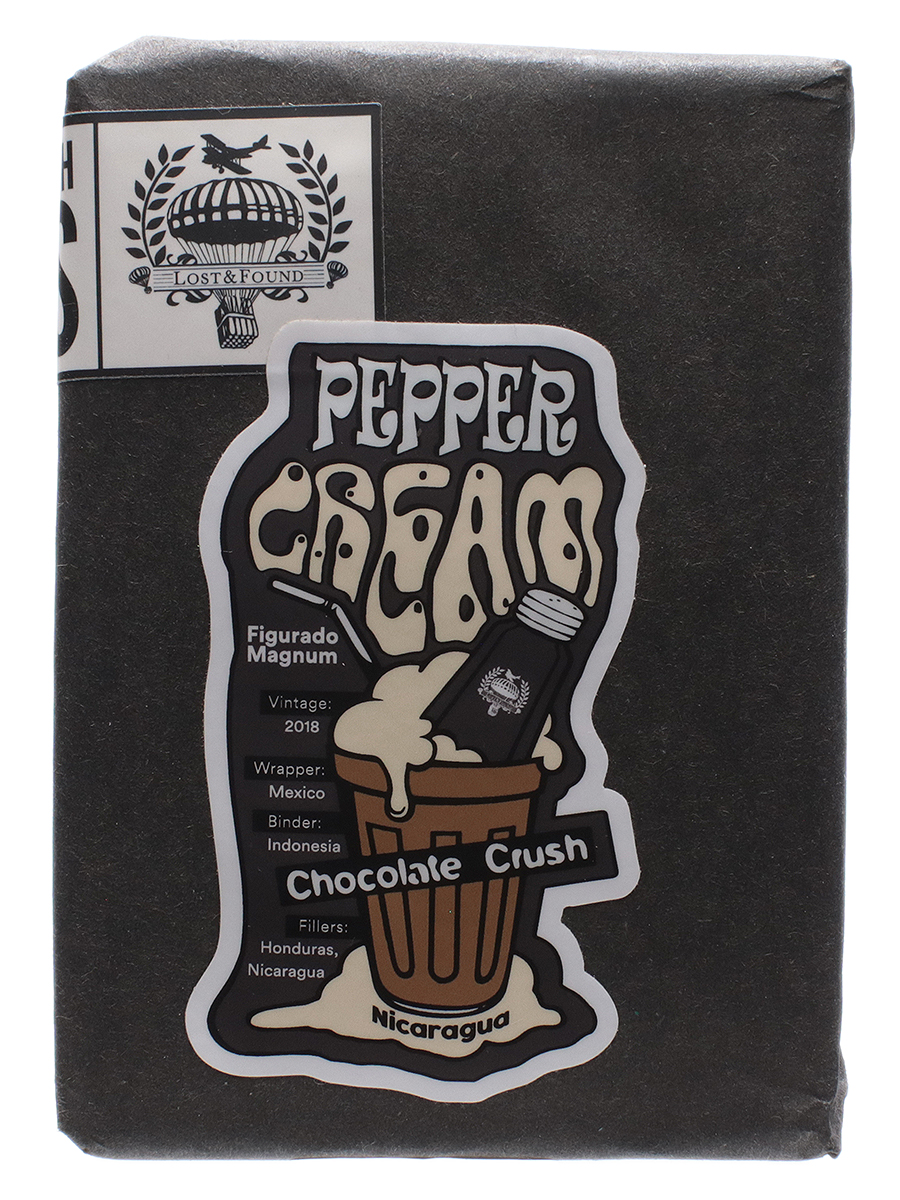