Offered here is the Buck 15 Cubra. It's originally of 2018 vintage, comprising Nicaraguan, Dominican, and Honduran fillers within a Dominican Oler binder and Brazilian Cubra wrapper. All proceeds of the Buck 15 go to support the Camillus House, a charity organization in Miami, Florida, dedicated to providing medical care and housing to the city's homeless population. 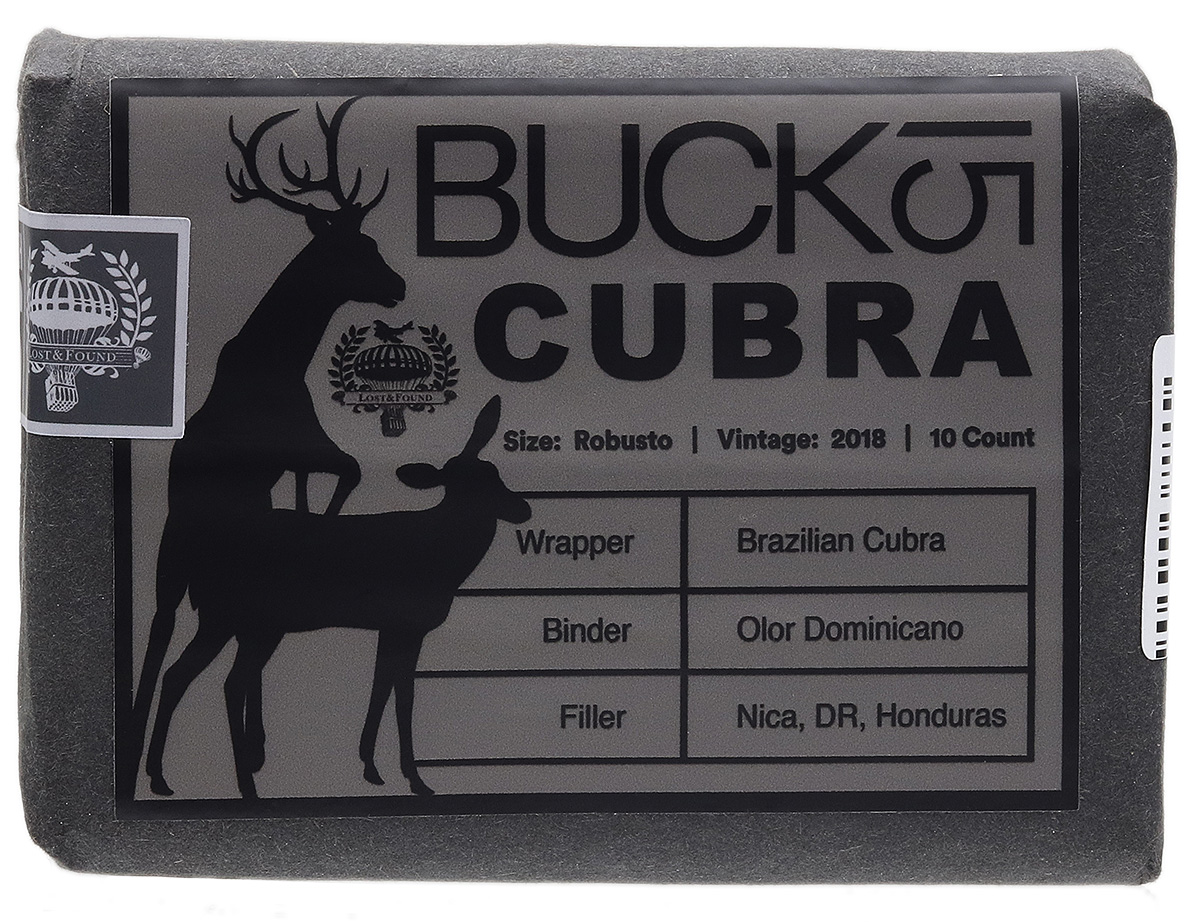 Customer Reviews (1 Total)
Write A Review
Write a review
Overall Rating:
5.00 out of 5 stars
Dank Maduro
By: Coltbreath
Product: Lost & Found Buck 15 Cubra Robusto (10 Pack)
Excellent choice as an after desert cigar! Rich chocolates and an oily finish down to the nub! Shane needs to try unless he has already! :-)