Offered here is the 2021 release of the Pepper Cream Soda: the Pepper Cream Soda Habano, expanding upon Lost & Found's numerous other Pepper Cream blends. It's a cigar of 2015 vintage, comprising fillers of Criollo Thrice tobacco and a Criollo binder, both from the Dominican Republic, all in a wrapper of Dominican HVA leaf — a Habano-seed varietal from Cuba's prestigious Vuelta Abajo growing region. It's offered here in a 10-count pack of the 5.5" x 47 Fattt Corona size. 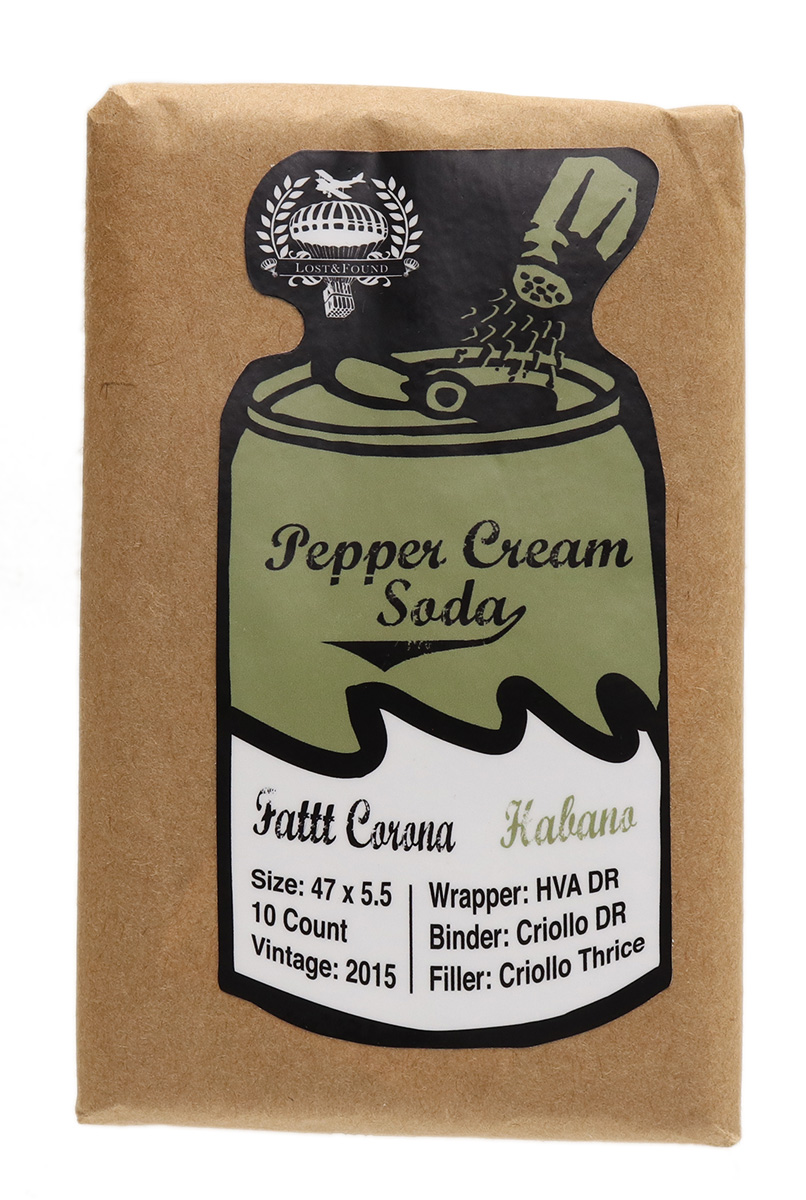