Offered here is the One Night Stand cigar. It's a Dominican puro of 2017 vintage, entirely composed of Corojo tobacco. It's offered here in a 10-count pack of 5" x 52 Robusto size. 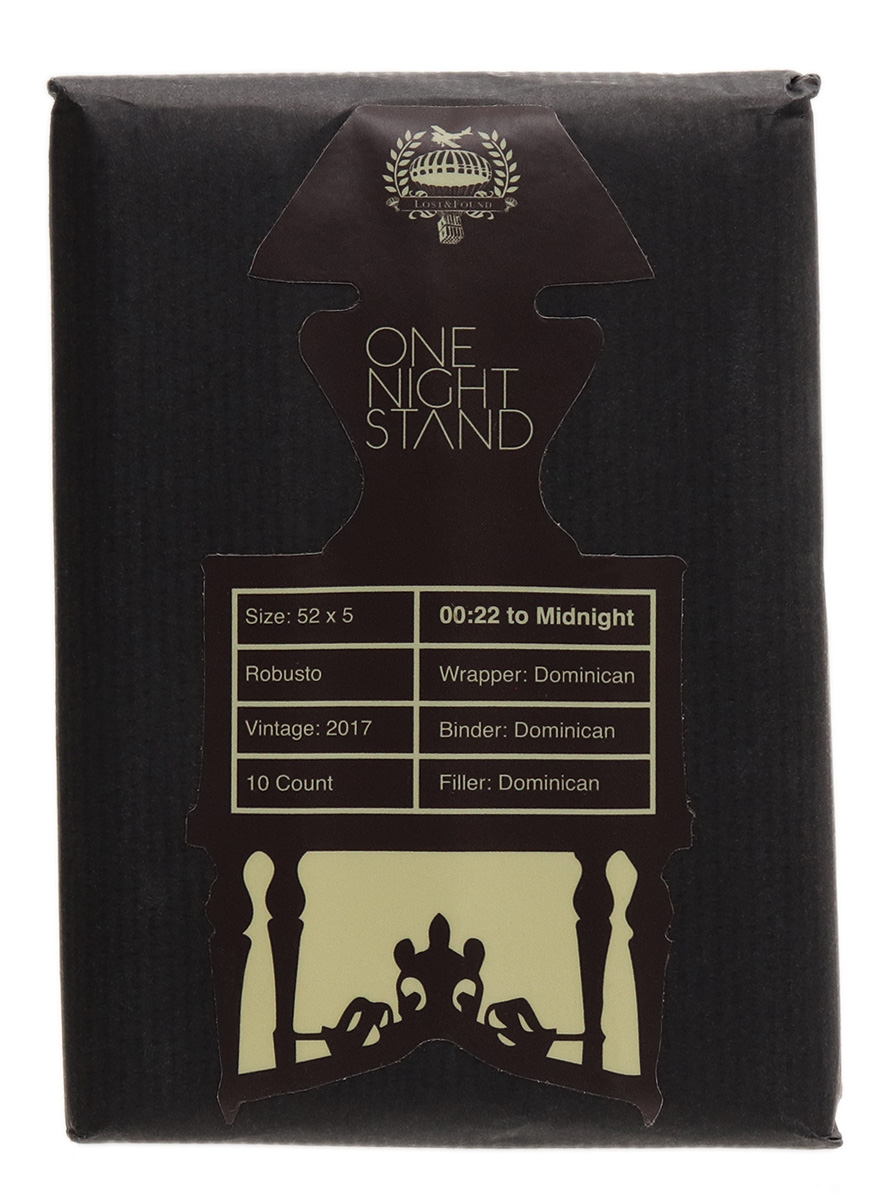