Offered here is the Bangers Maduro. It's a cigar of undisclosed vintage, comprising a Maduro wrapper around a Sumatran binder and Nicaraguan fillers. It's offered here in a 10-count pack of 4" x 60 size. 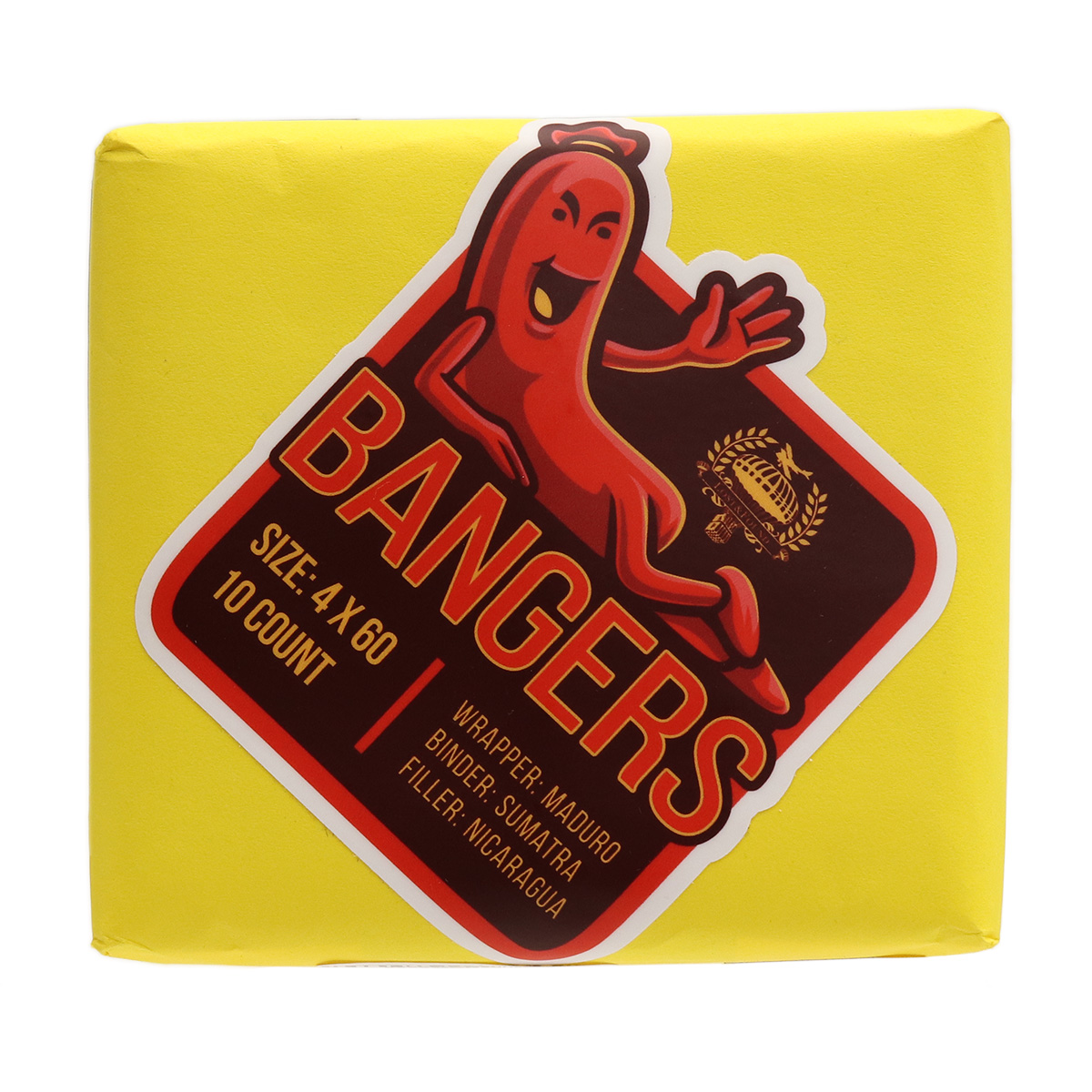