In 2022, Lost & Found announced that they would also be offering cigars that have been specially commissioned from factories and intentionally aged prior to release. One of the first of these cigars was the 22 Minutes to Midnight, or 23:38, fashioned at William Ventura's El Maestro factory in the Dominican Republic and aged for two years after being rolled. It's offered in four versions, two blended by Robert and two blended by Tony. The Connecticut Radiante and Habano de Oro, were both blended by Robert, each with different wrappers. Though the binder and fillers remain a secret, Lost & Found ensures that the fillers' combined age surpasses 25 years. Intended as a twice-a-year release, the Connecticut Radiante is offered here, showcasing a Connecticut Shade wrapper. 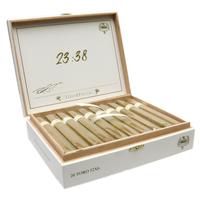 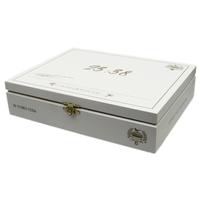 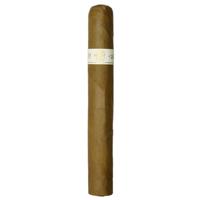 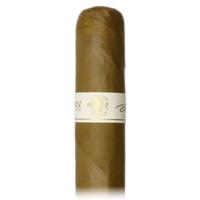