Introduced to the cigar world in 1994 in honor of Padrón's 30th anniversary, the 1964 Anniversary Series features a wide variety of shapes and sizes. The Natural is a Nicaraguan puro, box pressed in honor of the Cuban tradition and the family's heritage, with this Monarca vitola offering flavor notes of pepper, leather, and cedar, and it's also available in a Maduro version. 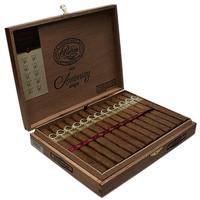 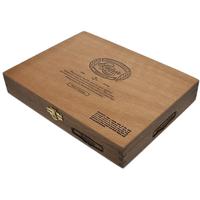 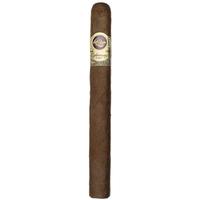 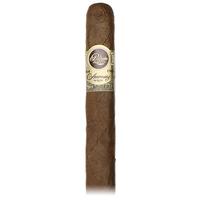 Customer Reviews (1 Total)
Write A Review
Write a review
Overall Rating:
5.00 out of 5 stars
Magnificent
By: ausdyer
Product: Padron 1964 Anniversary Series Natural Monarca
I really enjoy the 1964 series and this format is just perfect. I get a bit tired of the endless enormous ring gauges and very short format cigars saturating the market now. I adore a longer, slimmer format. I find a 40-48 ring gauge to be optimal fo... Read More r getting the most flavor out of a cigar blend. Very thick gauges just have more and more volado packed into it, which waters down the flavor too much for my taste. Unlike some other Padróns I prefer the natural wrappers on these. Rich but mellow flavors of fairly complex woods, dry earth and cocoa, hints of caramel sweetness, a little saltiness and a bit of that peppery bite which softens up in the middle third. Read Less
Customers Who Smoked 1964 Anniversary Series Natural Monarca Also Smoked:
Macanudo