The name and packaging of Punch's Knuckle Buster cigar might be a bit deceiving, the brass knuckles on the box and band seemingly implying that this cigar is ready to knock your socks off. However, the inspiration for this cigar doesn't regard its strength or boldness; rather, it's taken from a quote by Tony Bennett — not the iconic singer, but the men's basketball coach for the University of Virginia. In an interview, Bennett once described his team's style of play as a "blue collar knuckle buster," and Punch's Knuckle Buster cigar is a hardworking blend for hardworking people. It's designed to be an approachable cigar by newcomers and veterans alike, with a price point that makes it a manageable everyday smoke, comprising Nicaraguan and Honduran fillers in a Nicaraguan Habano wrapper. 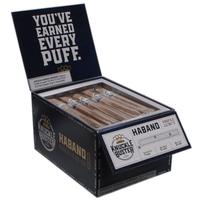 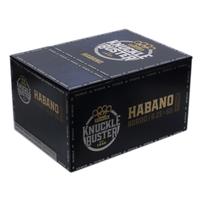 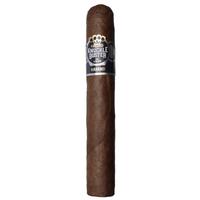 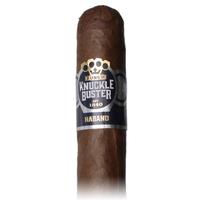