Master blender Noel Rojas has worked behind the scenes for much of his career in the cigar industry, from working on Cuban tobacco farms and studying blending and production techniques to collaborating with various boutique companies to produce highly rated cigars. Rojas Cigars, however, is Noel's solo venture, having released their first cigars in late 2019. Hand-rolled at the Tabacalera Flor de San Luis S.A. in Estelí, Nicaragua, the Street Tacos Barbacoa cigar debuted in 2021 and is inspired by traditional Hispanic cuisine. The Barbacoa version redefines Taco Tuesday with an Ecuadorian Sumatra wrapper around fillers and binder from Nicaragua's Somoto region, all boasting a full-bodied smoke with notes of pepper, woodsy earth, and salty sweetness. 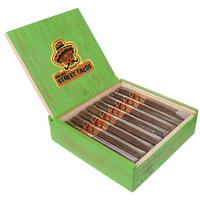 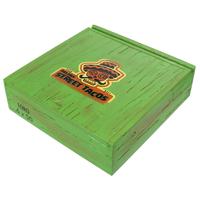 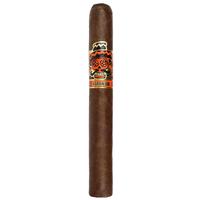 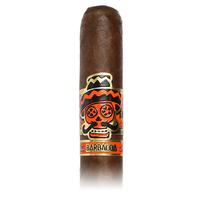