Originally, father-and-son duo Anthony and Carson Serino had no intention of releasing The Expat as a regular production cigar. Instead, its origins began simply as a cigar blended for a family friend's destination wedding — hence the name. This Corona Gorda features the same Ecuadorian 2000 Habano Oscuro wrapper, Nicaraguan Criollo '98 binder from Jalapa, and Nicaraguan Criollo '98 fillers from Estelí; however, the Serinos have added Pennsylvania Broadleaf to the original's filler blend, lending the regular-production version a bit more strength and boldness. Marked by a pigtail cap, shaggy foot, and budget-friendly price, The Expat is among the best candidates for an all-day, everyday smoke. 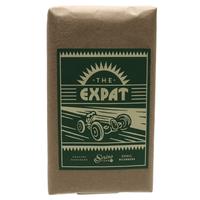 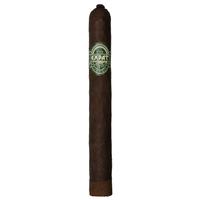 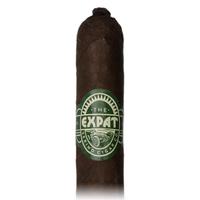 Customer Reviews (1 Total)
Write A Review
Write a review
Overall Rating:
5.00 out of 5 stars
A suitable replacement
By: Curmudgeonly_Piper93
Product: Serino The Expat Corona Gorda
Ever since La Gloria Cubana discontinued the Serie N line I've searched for a suitable replacement. This is by far the closest I've ever found. Its dark and rich, earthy, spicy, but also smooth. I love these cigars.
Customers Who Smoked The Expat Corona Gorda Also Smoked:
Ashton