Serino's Taíno cigars pay tribute to the indigenous Taíno people of the Caribbean, widely regarded as the first to cultivate tobacco and creators of the modern-day cigar. While the original Taíno cigar showcases tobacco from Nicaragua, the Taíno Heritage version highlights Dominican tobaccos — a fitting homage, as the majority of Taínos populated Hispaniola. Moreover, Anthony and Carson Serino collaborated with the inimitable Jochy Blanco and his Tabacalera Palma, and it's the first Serino cigar to be crafted in the Dominican Republic. As a blend, the Taíno Heritage features the highest-grade Ecuadorian Habano 2000 wrapper, a Dominican binder, and a Dominican filler blend of Criollo '98 and Piloto Cubano. It's a distinctive extension of Serino's popular Taíno line, further showcasing the diversity of Caribbean tobaccos, and each vitola is named after a Taíno word — the Yocahú here referencing one of the Taíno's supreme deities. 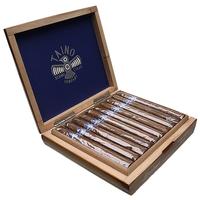 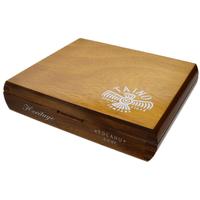 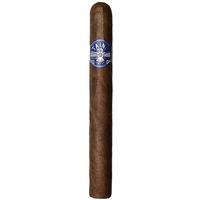 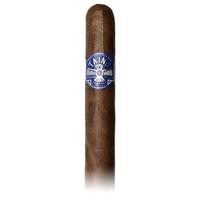