The term "wayfarer" denotes a traveler, specifically one who travels by foot, and Serino's Wayfarer cigar was named in commemoration of vice-president Carson Serino's three-week backpacking trip through Iceland. While there, he visited local tobacco shops, rekindling his love for Cuban cigars, and upon returning, he committed to blending a cigar that captured the Cuban smoking experience in honor of his favorite cigars during the trip. The Wayfarer features an Ecuadorian Corojo '99 wrapper, a Nicaraguan Corojo '99 binder from Jalapa, and a filler blend of Nicaraguan Criollo '98 and Corojo '99 from Jalapa and Criollo '98 from Estelí. In line with the series' inspiration, certain Wayfarer vitolas also feature a distinctly Cuban-style cap, with this Corona Gorda bearing a triple cap. 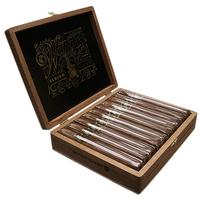 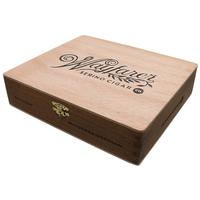 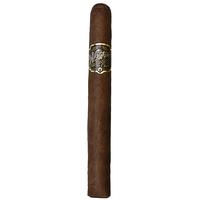 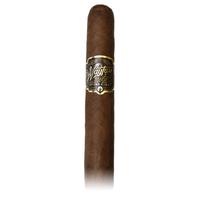