The inspiration behind the name of Southern Draw's Jacobs Ladder cigar is threefold: First, it fits into the company's convention of naming cigars for beautiful flowering plants; second, it honors founders Robert and Sharon Holt's son, Ethan Jacob Holt, who also works in sales and technical support for Southern Draw; and third, it alludes to the Biblical story of Jacob dreaming of a ladder connecting heaven and earth. As a cigar, the Jacobs Ladder is among Southern Draw's strongest and most full-bodied blends, featuring a wrapper of Pennsylvanian Broadleaf, an Ecuadorian Maduro binder, and Nicaraguan fillers including two types of ligero from Estelí. A bold, premium cigar, the Jacobs Ladder delights with notes of espresso, nuts, stone fruits, and pepper. This particular Lancero vitola was originally created for Southern Draw's IGNITE initiative — a collaboration with select retailers to help raise money for charity. One such cigar was the Jacobs Ladder Lancero, dubbed "Top Rung." While the initiative has since ended, Southern Draw maintained the vitola in the Jacobs Ladder line and distinguished it by a second band marked "Top Rung." 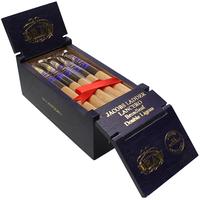 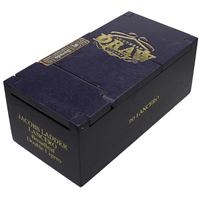 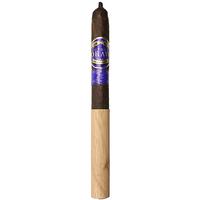 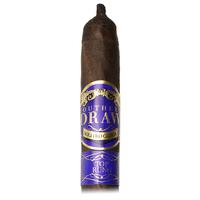