Because of our annual company picnic our call center is closed today. (We're normally open for calls Sundays from 12pm to 4pm Eastern). But feel free to email us, or call and leave a voicemail and we'll get back to you promptly Monday.
Cigars » Southern Draw » Manzanita Robusto

Released in late 2020, Southern Draw's Manzanita cigar was named for the small tree of the same name, literally meaning "little apple" in Spanish (though not actually an apple tree). When selecting wrapper leaves, the Holts and AJ Fernandez remarked on the deep, reddish tinge of the tobacco and how it evoked the red bark of the manzanita tree. Many of Southern Draw's cigar are named for specific flowers, and while the manzanita isn't technically a flower, such inspiration certainly still fits the general horticulture theme. As a cigar, the Manzanita boasts a Habano hybrid wrapper and Habano binder and a filler blend of ligero, Corojo '99, and Pelo de Oro — a rare and delicate, Cuban-seed varietal reputed for its strength and flavor — but all of the tobaccos' origins remain undisclosed. It's hand-rolled at the AJ Fernandez factory in Nicaragua, and proceeds from the Manzanita go to the First Nations Development Institute, an organization committed to strengthening Native American communities and economies. Available here in 5.5" x 54 size, the Manzanita offers a delightfully rich and complex smoke, with notes of chocolate, cream, and cedar. 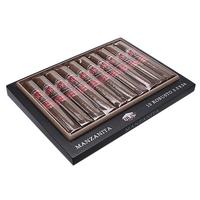 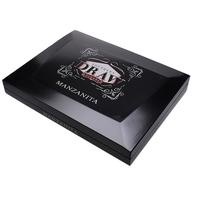 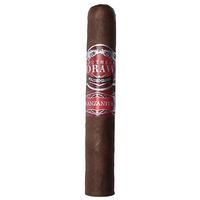 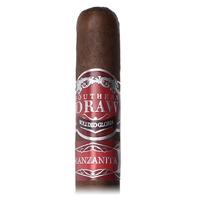