The Peccadilloes is a unique release for Southern Draw: It's not a new cigar blend — yet — but, rather, the beginning steps of developing a new blend for 2023. A pack of four different cigars, each a 6" x 42 Corona, the Peccadilloes is a crowd-sourced project, utilizing an included QR code through which aficionados will vote on their favorite of the four cigars to decide 2023's new release. The components of each cigar remain a secret, but they represent multiple shades, including a possible Maduro, one that appears Connecticut-wrapped, and a barber-pole example. Southern Draw has further incentivized participation by promising the opportunity to win prizes for those who complete the survey — the grand prize being a free, signed box of the eventual new release and an all-expenses-paid trip to its launch event. 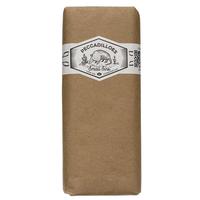 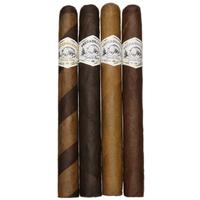 Customer Reviews (1 Total)
Write A Review
Write a review
Overall Rating:
1.50 out of 5 stars
Southern Drawback
By: Fireitup
Product: Southern Draw Peccadilloes
Started the trial with the light shaded-Connecticut-wrapped-cigar. Like smoking air-may as well have given me a cigarello-not sure what Southern Drawback had in mind!
Customers Who Smoked Peccadilloes Also Smoked:
Macanudo