Made in Italy from fermented American and Italian dark-fired Kentucky tobaccos, Toscano cigars differ from their Caribbean counterparts in that they don't have to be stored in a humidor to retain their quality. Referred to as dry cigars or "cheroots," Toscano cigars are perfect for travel and casual everyday enjoyment, and due to their strength and length, they're traditionally smoked ammezzato — cut in half rather than smoked in their entirety, effectively providing two smokes per cigar. The Toscanello offerings, though, are already offered in ammessato size, making for even more convenience and portability. Here, Toscano's Toscanello Aroma Grappa dry cigars are flavored with grape-based brandy, grappa, Italy's national liquor — offered in packs of five. 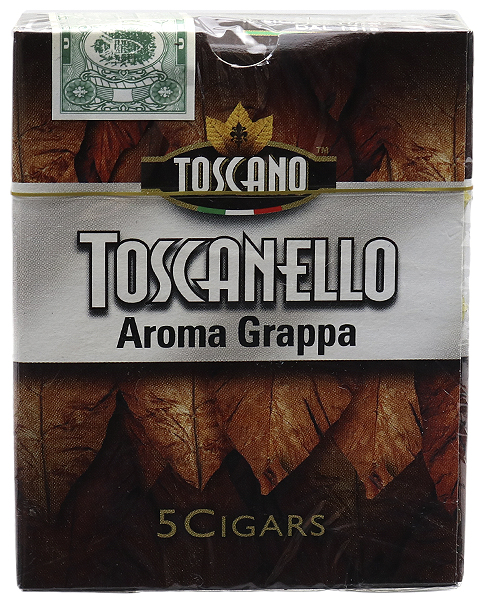